Mike Lee is a product engineer in the Netherlands. Follow @bmf on Twitter. If you have comments, email bmf@le.mu.rs. For more information about Appsterdam, check out http://appsterdam.rs and follow @appsterdamrs.

Keynote: From Crap to App

AltConf is a community-driven event, assembled to serve developers and a product driven community. Held in downtown San Francisco at the AMC Metreon with 400 seats spread over 2 theatres. AltConf is an annual event timed alongside Apple‘s WWDC, June 13-16, 2016.

And I will be there.

Check the SCHEDULE of AltConf 2016

What is an app?

In a recent seminar with some Danish journalists (starting at about 5:00), I used the metaphor of the app as a cup of coffee, an ambassador of your business whose production encompasses a wide range of possible efforts. I also gave an extended technical definition of the word “app” (at around 14:45) that I found tidy enough to transcribe for you here.

An app is software that transforms its hardware to provide a complete and productized experience.

So let’s go into that.

Software is not about ones and zeros. Software is about configurability. It’s about, you’ve already invested in something, and now you’re just going to find new uses for that thing, an application of that thing, or an “app,” if you will.

That software transforms, right? It transforms it hardware, that physical device.

When you have an iPad, and you’re using the iBooks app, you’re not using an app. You’re reading a book. You’re holding a book.

And if you want to switch over to GarageBand and start playing on the piano, you’ve turned the book into a piano. You have transformed that flat piece of glass.

This is something that people always wonder about, this dichotomy in, for example, Apple’s design. They say, “Why is it? The iPad, the iPhone, such a minimalist piece of art, but the software so colorful, and so rich, and so synthetic.”

And that’s the whole point. The hardware is meant to fade away and let the software take over what that device is to the user.

That’s what we mean when we say, software that transforms the hardware. But it’s not just that you’re transforming hardware. That’s a demo.

An app is a complete and productized experience. It is complete, which is to say, the app does not leave you hanging. The app is what you need to have the experience you’re meant to be having.

And it’s a product. It is something finite and measurable that you can buy, that you can transmit, that can be created by artisans and sold to customers.

Therefore an app is software that transforms its hardware to provide a complete and productized experience.

WWDC has been part of my life for over a decade now. It started as something I’d watch from afar, when my only career goal was to get there. When I finally made it in 2005, I met my mentor and put my career on the fast track. A couple of years later, my team won an Apple Design Award, and a couple of years after that, I actually got to help put on the show.

For the past couple of years, I’ve helped the Appsterdam Foundation build the conference around the conference, serving the growing number of ticketless showcializers, and leading this community exercise in providing solutions, instead of merely complaining. Inevitably, I’ve developed some top tips for new and returning attendees to our annual homecoming.

Be prepared. You can certainly just show up and see what happens, but like most things in life, you’ll do a lot better if you take it seriously and start getting ready before you go. Pick some parties you want to attend and get on the RSVP lists. Think about what you want to accomplish, what you have to share with the community, and what you hope to bring home.

Carry cheap cigarettes. That has been my number one tip for years. A lot of the conference is actually spent standing on the sidewalk holding conversations with people you won’t get to meet any other time. In a city like San Francisco, you’re competing for their attention with a parade of panhandlers, and the fastest, cheapest way to keep them moving and get back to your conversations is to offer them a cigarette.

Bring your A game. This is your biggest and best chance to meet colleagues, future teammates, and media gatekeepers. Here, more than ever, you need to be hustling. Don’t come empty handed. Be prepared to exchange business cards. If you hurry, you can still order some from MOO and get 10% off. Also, if you have an app, you should bring 2″x2″ icon stickers to trade. Don’t have any? There’s still time to order those too. Go to StickerMule and get $10 off.

Go with the flow. Get it together now, because once you get there, it’s up to fate. WWDC should always be a life-changing experience, but if you show up with a checklist, or try to recreate the same experience year after year, you’re going to end up disappointed, and the conference will start to feel like it has passed you by. It’s nice to see old friends, but come just as prepared to make new ones. Don’t try to shape the experience; let the experience shape you. 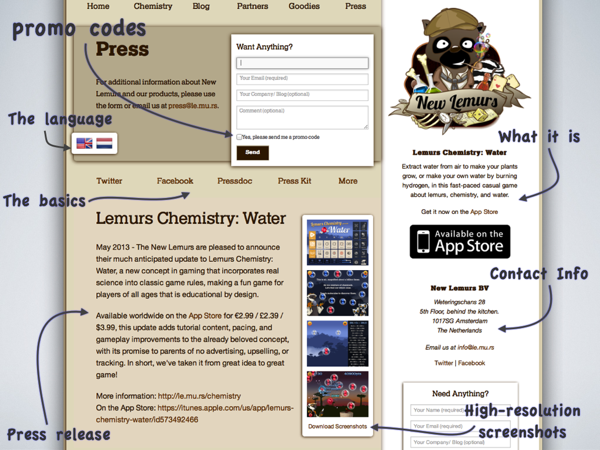 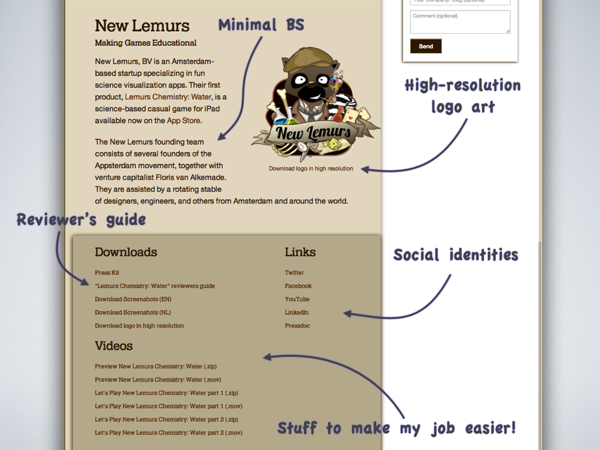